Platform reviewd on: XBox One X

Codemasters have been producing some of the best driving games for several years and this years entry has been developed by Codemasters Chesire who have changed the mechanics and produced a beautiful and fun game in the Dirt franchise.

Codemasters Chesire previously developed Driveclub for the PS4 and you can see certain aspects in Dirt 5. They have totally changed the mechanics and it feels totally different from last years Dirt 4 and actually feels a bit more like Driveclub. 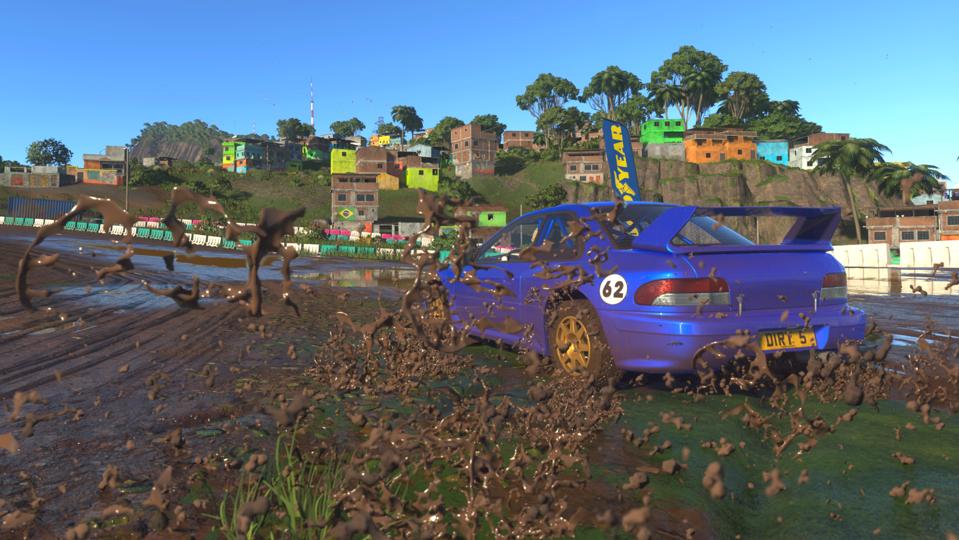 The game plays like an arcade racer and is super fun to play and reminds us of the classic Sega Racing games. This year sees a simple arcade career mode based around 10 country locations. The story mode has an awesome addition of podcasts which pop up in-between races and feature James Pumphrey and Nolan Skyes from Donut Media. It is great to see Codemasters taking the franchise to a different path and bringing simplicity back into the fold.The 4-player split screen mode is great fun and addition.

Graphically it looks stunning with fantastic night lighting, shadows and different weather effects. The snow event looks amazing with detailed shadows and lighting coupled with slippery road surfaces which are challenging to drift around. We did hit the odd frame-rate issue but nothing to take the enjoyment away.

Dirt 5 has added the fun factor to this years game and it feels like playing a classic arcade racer on systems such as Sega Saturn. Recommended.